Kumihimo is a more than 1.500 year old Japanese braiding technique, derived from ‘Kumi’ which means ‘weaving’ and ‘Himo’ standing for ‘rope’.
We were curious to use the orginal principles of this brading technique on large scale designs.

In our prototheek there is a prototype of a kumihimo “disk” and carrier, a mechanical system with which we initially wanted to automate this braiding technique and a spool that is used with large weaving machines. We also had a software made in processing with which weaving patterns can be visualized. On the photo you can see the large version of the “kumihimo” braiding loom. 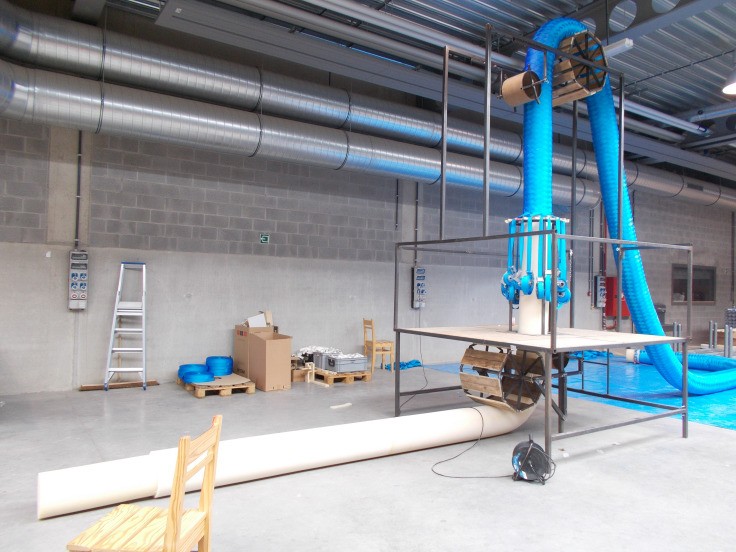